We try to simulate closed kinematic chains with webot. Currently, in our robot Sweaty, we calculate joint angles via inverse dynamic approaches and then the required positions, velocities and forces in the motors via motormapper. The motors drive a ball spindle, which in turn move the joints.
Representing the full mechanics in a URDF model does not seem readily possible to us. (At joint level, the robot can be represented in a URDF model without further ado). To illustrate the situation, we have included a drawing of a foot and hip.
Do you have any advice for us? 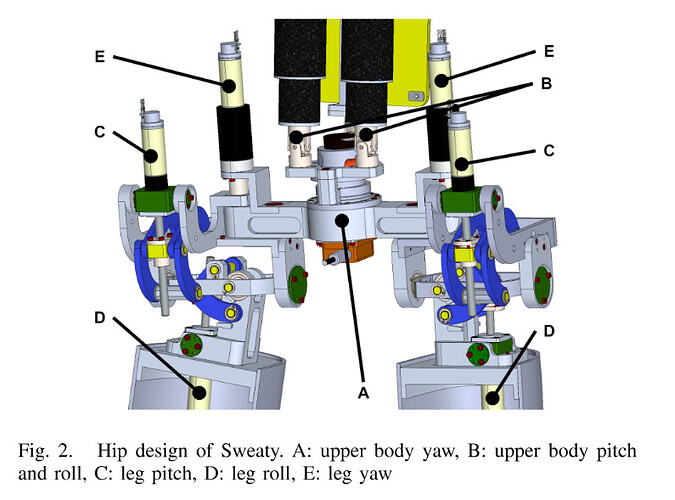 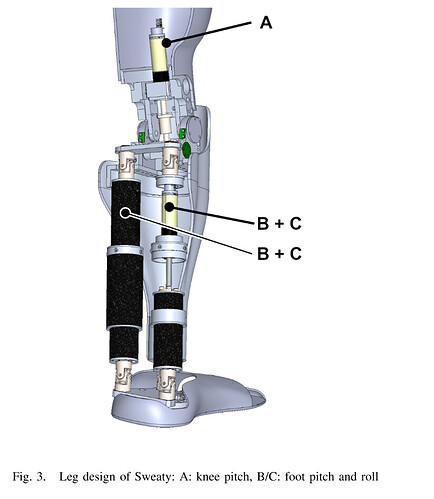 Mechanical loops can be implemented in Webots PROTO files using the SolidReference node. However, I would try the minimize the use of mechanical loops wherever possible and use preferably BallJoint, Hinge2Joint and HingeJoint nodes. Mechanical loops should be used with care as they introduce constraints that adds up to the complexity of the model and may cause instabilities if the model is too much over-constrained. They are also more computationally expensive.

In case there is a realistic chance for the implementation, could you please help us with an example how to simulate for example the foot? I think we would than be able to realize the other loops and could check, whether the program converges for the nested loops or not.

Input signals for the motor are:

backlash of the motor and spindle: negligible ( < 10µm)

Backlash of the universal joints appr.: 0.3°.

Output signals from the motors are:

Some years ago we already tried to simulate Sweaty’s behaviour. The problem was:
There are “double nested mechanical loops”:

during the double support phase there is:
robot - left foot - ground - right foot -robot (no problem with webot)

Webots includes several examples of mechanical loops you can take inspiration from.
A simple one is the one used in the Khepera3_Gripper.proto. I believe it is pretty close to what you are trying to achieve. Here is video showing this closed loop in action: 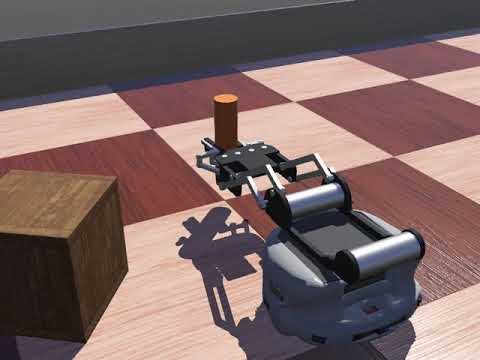