So, which virtual camera model should we use in webots to properly emulate wide-angle lenses on robot’s camera?
In robot’s PROTO we can set “spherical” property to TRUE. Using this, I expect the camera model to be well calibrated as an real-world fisheye/wideangle lenses (i.e. with moderate radial distortion). But currently from webots camera with “spherical=true” I will get this:

This is not an image which we can model with radial distortion. It looks like an image captured from camera with cylindrical imaging surface, not spherical. With proper radial distortion I expect something like this:

As the reminder, classic radial distortion model has a form of:

But webots simulated image looks like we need to do correction on Y image axis, but we don’t need to do the correction on X axis. To take this into account, we need to implement custom distortion model, which is possible but very undesirable. Or use undistorted image from webots camera (using spherical=false), which is unrealistic if we trying to model a real-life robot with wideangle lenses.

Yes, this is known issue, see https://github.com/cyberbotics/webots/issues/2295.
It will be addressed in Webots as soon as possible.
Meanwhile, I would recommend you to start working with the cylindrical projection.

Hi,
This is a forwarding of my question on V-HL 2021 discord channel

Discord - A New Way to Chat with Friends & Communities

Discord is the easiest way to communicate over voice, video, and text. Chat, hang out, and stay close with your friends and communities.


We set “spherical” to TRUE.
We added radialcoeffcients, and the result is as follows: 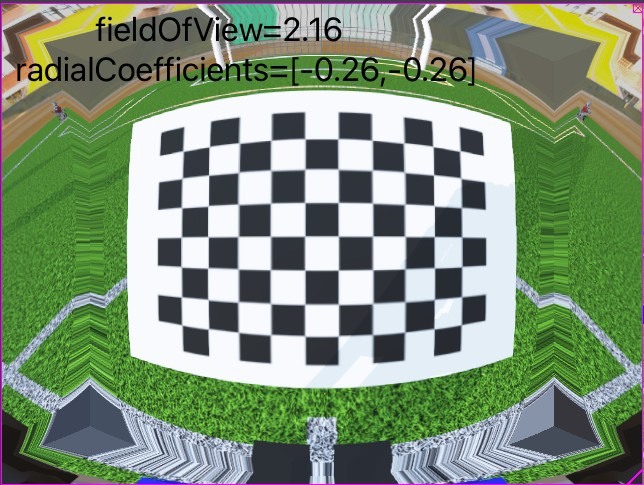 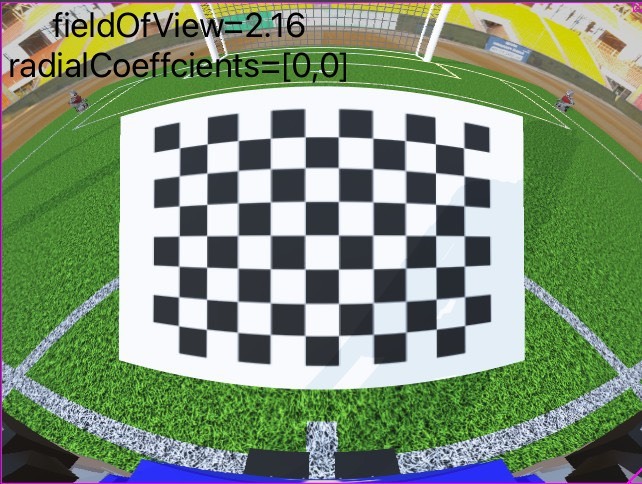 In our settings, the garbage looks more significant. Also, we don’t understand why images are already distorted with radialcoefficients are zero.
olivier May 25, 2021, 10:10am #4

By using a spherical projection to the camera, the image already gets distorted according to the field of view: a smaller field of view will induce a smaller distortion. The radial coefficients of the Lens node should add even more distortion to the resulting image.

This is “spherical” to FALSE. 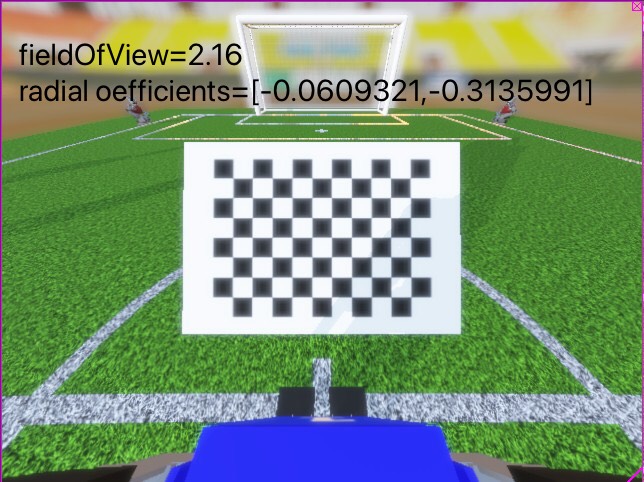 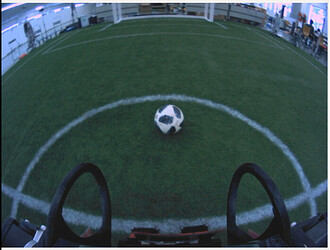 I believe you should set spherical to TRUE to have a realistic camera image and maybe remove the Lens effects as it combines poorly with spherical TRUE.

We have the same problem, and setting “spherical=TRUE” is not a solution.
When “spherical=TRUE” in webots, image is properly distorted in vertical direction and not distorted at all in horisontal direction - please see my very first message in this topic above for example images - this questions is still unanswered.
As can be seen from this examples, “spherical” image in webots is even more unrealistic than “non-spherical”. This “spherical” mode is actually a “cylindrical” mode, and will ruin any attempt to calibrate this synthetic camera using opencv/matlab/etc. This classic calibration software can’t support such cylindrical camera model as in webots - with distortion only in one direction but not in the other.