We are happy to share the first deliverable for the Robocup 2021 Virtual Humanoid Soccer League.
This package includes the following: 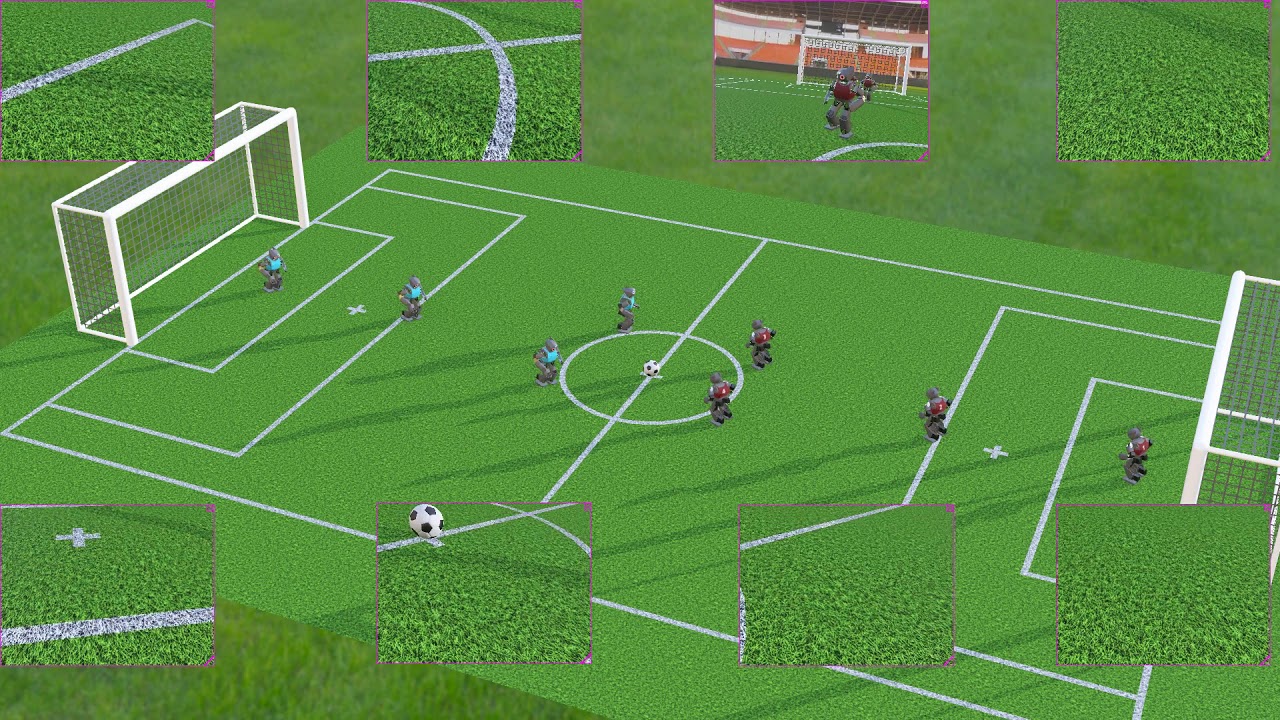 You can get these simulation environments now from this GitHub PR: https://github.com/cyberbotics/webots/pull/2783.

To get it running on your PC, you can either:

It runs on Linux, Windows and macOS. However, for the competition we will run the official matches on Linux, so Linux is indeed recommended for your developments and tests to avoid cross-platform issues.

Note: in order to avoid confusion with the camera images processed by robots, we deleted the exiting soccer goals from the stadium background image which is included in Webots R2021a, so, you will really need Webots R2021a-rev1 to test this version unless you don’t care about these extra goals.

We did some preliminary tests on a Ubuntu 20.04 Linux box running a 8-core i7-9700 CPU @ 3.00GHz together with a GeForce RTX 2060 graphics card. Each kid robot runs a half-VGA camera. The simulation time step is 16 ms. Each robot is running a walking algorithm and processing images, searching for a orange ball (which is missing from the environment). The simulation is running at ~1.5x to ~1.8x real time.

Note: the performance impact of backlash and artificial turf simulation is not yet fully known, but we are working on it and have some hope that it won’t impact too much the performance.

Following the release of the initial simulation setup we conducted a few more performance assessments on the same machine (8-core i7-9700 CPU @ 3.00GHz /GeForce RTX 2060), here are the results for 8 robots (with physics) with all cameras enabled in the kid size environement:

Note: the final version is expected to run slower regardless of the camera resolution mainly because of:

Here are some preliminary results regarding turf physics simulation:

Preliminary tests indicate that adding turf physics according to this fairly simple model is causing a performance drop of about 5% on the 8 Darwin-OP scenario, which seems fair.

Love the look of the world (in the youtube video). I also love how much time/effort you put into simulating an accurate darwin “get up” sequence!

I assume that you are yet to properly simulate the physics of ball/grass in the youtube video? A simple tap from a darwin hand is lucky to move the ball, let alone score a goal from mid-field.

In the grass physics video (above), what are the red boxes around the feet? Are these contact points?

Yes you are correct, this first version doesn’t include a calibrated model for the artificial grass, ball and even robots. We are going to release a calibrated version next Monday.

The red boxes you saw in the video are actually colliding bounding objects. They appear in red when they collide (in that case with the ground) and in white otherwise.

We are pleased to announce the second version of the simulation setup for the Virtual HSC. 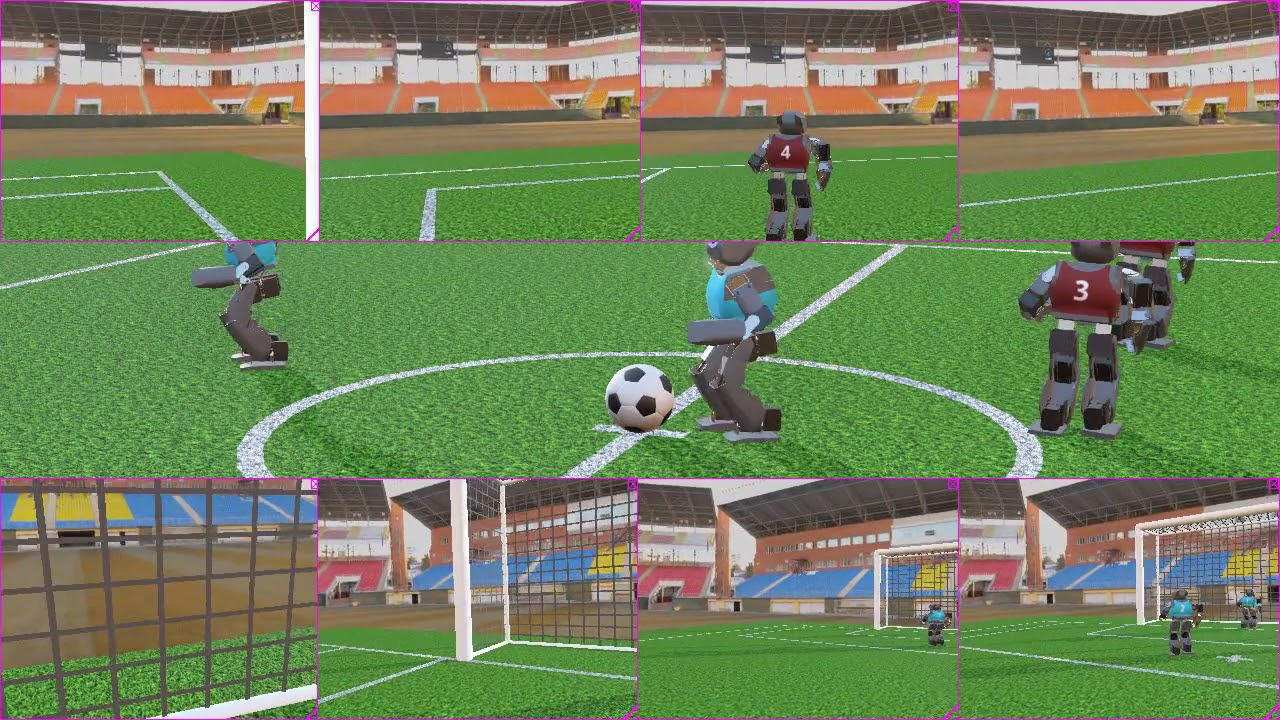 You can get it now by compiling Webots from the develop branch of the GitHub repository or wait until tomorrow and download the newest R2021b nightly build.

Note: the performance has been strongly impacted by the introduction of the backlash. However, it remains within the target objective of running the simulation at about 1/3 of real time on a powerful computer.

Any feedback is appreciated.

We are pleased to announce the first implementation of the automatic referee for the Virtual HSC.
This referee is still work in progress and is not yet fully complete, but does perform a number of basic operations as described here. We encourage you to test it and report any issues here. The recommended way to install it is to build Webots from the source on the feature-robocup-controllers branch.

The unit of backlash is radians? (Hinged joint model with backlash)
then, Do I just need to set the value to similar with real backlash?

Yes, it’s radian. And yes, it should simply be a matter of setting this value to the same value as the one from the datasheet of the real servo (or from your own measurements if available).